Who Benefits From The Alcoholisation Of Belarus? 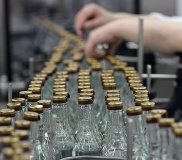 Belarus is perhaps the world’s second booziest nation. In 2014, Belarus topped the World Health Organisation’s report on alcohol consumption. According to the WHO, an average Belarusian drinks around 17.5 litres of alcohol per year, while the median global consumption hovers around 6.5 litres.

Meanwhile, alcohol prices are considerably lower than in neighbouring western countries. Despite the government’s attempt to set up a programme for prevention of alcoholism and rehabilitation of alcoholics, Belarus has so far failed to combat heavy drinking. Moreover, alcohol prices tend to decrease right before elections or during economic crises.

Cheap alcohol in Belarus has become a tool to neutralise activism and numb national consciousness. By decreasing alcohol prices, authorities guarantee themselves more loyalty and support.

The alcoholisation of Belarus

According to the WHO, Belarus is among the most bibulous countries in the world: in 2016, the organisation calculated that the average Belarusian drinks 17.5 litres of alcohol per year. This enormous figure is well over the WHO consumption standard of 8 litres per year.

Nevertheless, it is unclear how much Belarusians really drink. Over the past several years, the WHO has estimated that 17-18 litres per year seems to be the average amount of tipple.

At the same time, due to differences in methodology, the Belarusian Ministry of Health denies the WHO’s data and claims that in 2016 the real figure was closer to 8.8 litres.

In many villages, home-made spirits have become a huge social problem, sometimes leading to death. Neither international nor national sociologists are able to determine the exact level of alcohol consumption per person due to illegal alcohol production.

The Belarusian government is attempting to combat the alcoholisation of Belarus while still profiting from alcohol sales. In 2011, the government introduced an anti-alcohol programme which restricted sales and advertisement. However, later in 2013, alcohol producers persuaded Lukashenka not to ban the sale of cheap ‘wine’ (or Charnila), one of the most popular alcoholic drinks in Belarus. Additionally, in 2013 the Ministry of Trade discussed the idea of selling alcohol over the Internet.

The Belarusian government not only ignores the problem of alcoholism, it also encourages its sale. In 2016, Belarus sold 6,954,100 dekaliters of alcohol, reports Belta. As of 2015, Belarusians can buy booze at night after the government cancelled its moratorium on alcohol sales between 10pm and 9am. Recently, in April, Minister of Antimonopoly Regulation and Trade Uladzimir Kaltovich stated live on the channel Belarus 1 that Belarusians will soon be allowed to bring their own alcohol to cafes.

Illegal alcohol production in Maladziechna. Source: naviny.byOver the last several years, the government is starting to take the problem of alcoholism more seriously. the Ministry of Internal Affairs, which is preparing a document on the matter, believes that the state would benefit from the reduction of alcohol sales by spending less money on treatment for the addicted.

The document suggests restricting alcohol sale between 10pm to 9 am and requiring separate departments for alcohol in large stores. Nevertheless, the strong alcohol lobby has so far been able to prevent the document from coming into force.

The availability of alcohol exacerbates the country’s alcohol problem. Belarusians can currently buy alcohol at any time in any store and at petrol stations. In Lithuania, in contrast, alcohol can be sold starting at 10 am until 10 pm; in Sweden, alcohol stronger than 3.5% is available only at one government-controlled chain and can be purchased until 7 pm.

Moreover, prices for alcohol in Belarus have remained relatively stable for years, despite the economic crisis and inflation. The experience of neighbouring countries, such as Russia, proves that increasing the price for cheap wines and strong cheap spirits could decrease alcoholism.

Why does the State Benefit from Alcoholism?

Alcoholism in Belarus continues to lead to serious social problems. Orphanages are one result of the high level of alcohol consumption, and alcohol remains one of the main reasons for suicide. Moreover, Belarusians commit more than 80% of murders while drunk. If that weren’t enough, thanks to alcohol, Belarus has one of the highest divorce rates in the world.

Cheap prices and the widespread availability of alcohol bring economic benefits to the state. The authorities have been discussing banning the most popular form of alcohol, cheap fortified wine, since 1999. However, the profit cheap wine brings in, making up around 30% of the profit of the entire industry, makes a ban seem unlikely. Political scientist Jury Čavusaŭ believes that ‘local budgets completely depend on profits from alcohol sales’ and that ‘any anti-alcohol policy is ineffective as long as the price for alcohol remains so low’. 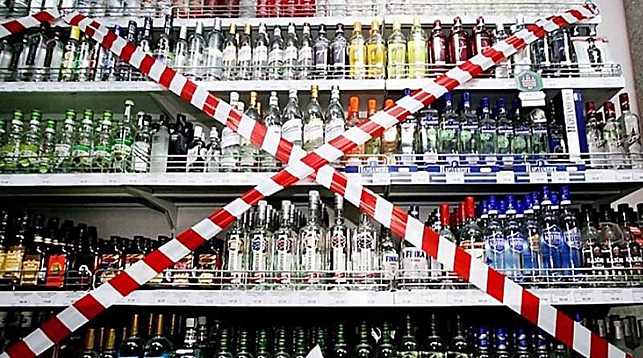 Alcohol departmemt of the store. Source: belta.byBesides the economic benefits, alcohol serves as a means of political and social manipulation. Along with salary raises and growth of pensions, cancelling restrictions on alcohol sales on the eve of elections (as in 2015) is a form of bribery for society.

Alcohol has become a tool to conceal economic and social problems which the state has failed to overcome. By supporting the production of cheap and easily available alcohol, the state minimises existing social discontent. As Vitaĺ Rymašeŭski, co-chairman of the Belarusian Christian Democracy Party, noted to Radyjo Racyja: ‘cheap alcohol has contributed to the alcoholisation and degradation of the nation’.

In addition to the absence of a strong anti-alcohol policy, Belarusian society has failed to mobilise to solve the problem. Investment in rescue premises and care centres for alcoholics, involving both the government and society, should be the first step to solving the alcoholisation of Belarus.

Increasing the price of alcohol, along with cracking down on illegal alcohol production, would have a positive effect on alcohol consumption rates. However, until society and the state adopt a common alcohol policy, the government will continue to make money and manipulate Belarusians. Although the state declares its concern for the increase in alcoholism, it continues to consider alcohol sales a cash cow.

Alesia Rudnik is an analyst at the Ostrogorski Centre and MA student at Stockholm University.