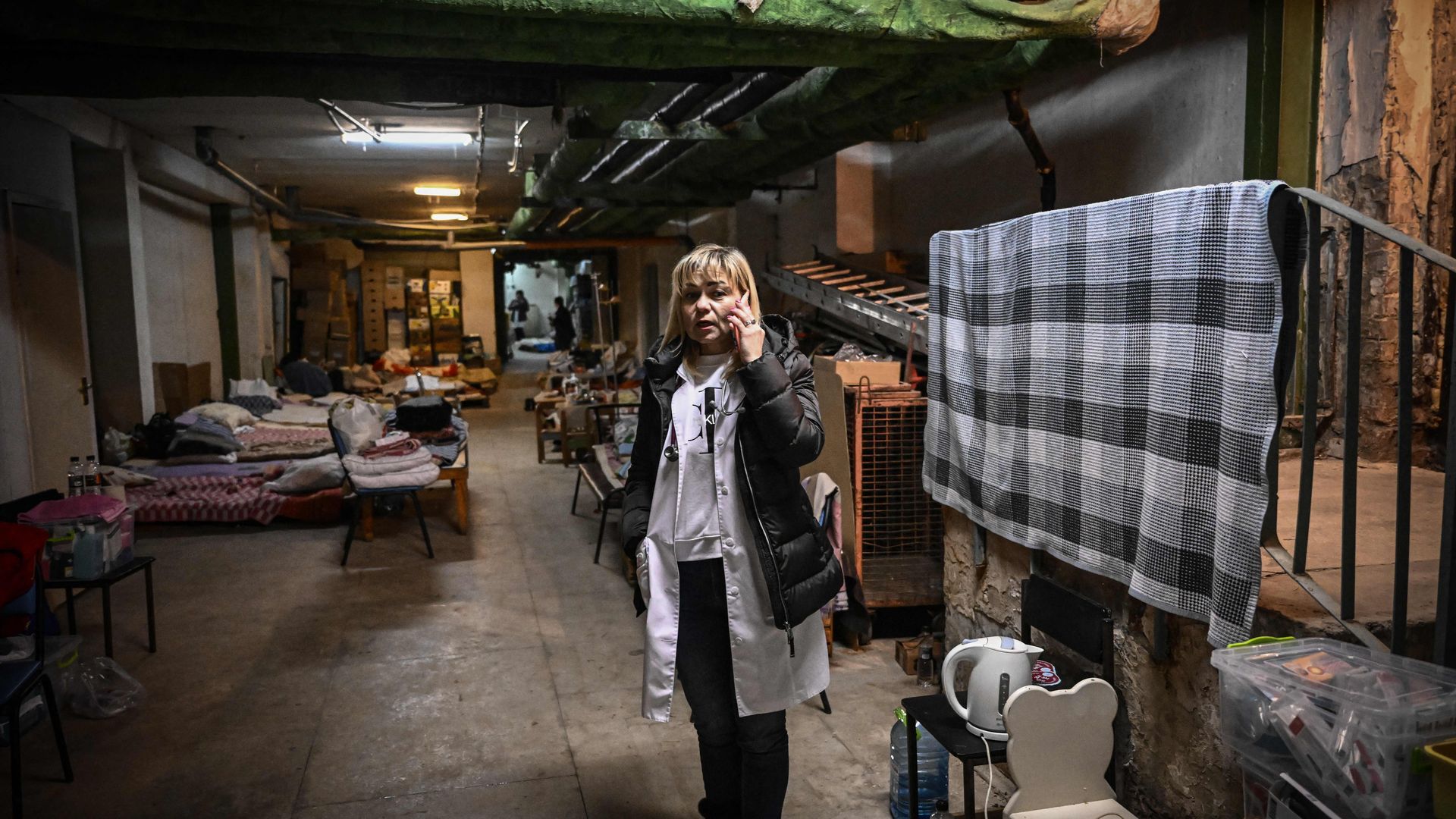 A doctor speaks on her phone in a pediatrics center that was moved to the basement of a Kyiv hospital on Feb. 28. Photo: Aris Messinis/AFP via Getty Images

The World Health Organization confirmed there have been at least 26 attacks on Ukrainian health facilities since the start of Russia’s unprovoked invasion.

State of play: The organization has deemed two other attacks as “possible.” It also found that at least 12 people have died as a result of the attacks and 34 more have been injured since Feb. 24.

What they’re saying: “WHO strongly condemns these attacks,” the organization said in a statement

The big picture: People too sick to leave Ukraine’s hospitals have been sheltering in beds and on mattresses in hospital basements, despite evacuation orders in the country, Axios’ Tina Reed reports.