Grassroots efforts to help teens protect themselves are spreading, but the simplest solution is staring the Education Ministry in the face. 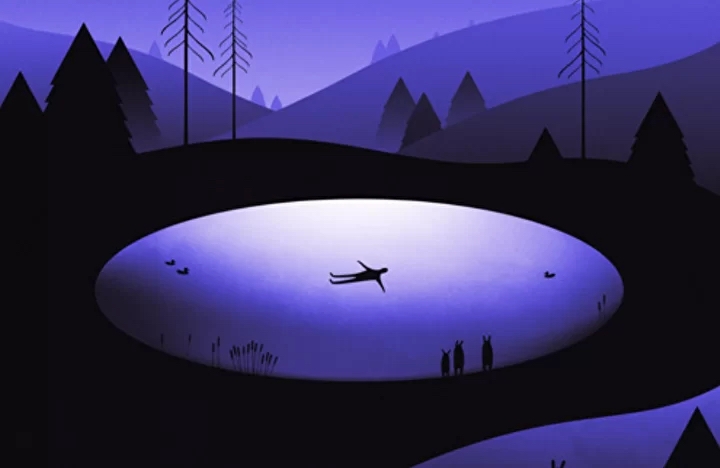 Kazakh teens: Alone and adrift (Uyatemes.kz)
Last year I was holding a workshop for teenagers in Kazakhstan’s capital, Astana, when a 15-year-old girl pulled me aside.

Away from others’ ears, the girl – let’s call her Anar – described how she had been raped by a male relative starting when she was five. The violence lasted for about three years. This relative still regularly visited her home and acted as if nothing had happened, believing the girl could not remember.

On the contrary: The abuse had had a devastating effect on Anar’s life and self-esteem. She struggled to trust anyone, had never shared her pain, and hated being touched. I was the first person she had ever told. Anar was concerned that her reproductive organs were damaged after years of sexualized violence, but she had never sought a medical exam fearing a gynecologist would see that she was not a virgin.

Kazakhstan does not include sexual and reproductive health and rights (SRHR) education in its school curriculum. As the internet overflows with misinformation, and because discussing sexuality is a social taboo in Kazakhstan, young people like Anar have nowhere to turn.

Stories like Anar’s are the reason why I started Uyatemes.kz. In the Kazakh language uyatmeans shame, emes is negation. The idea was to “de-shame” human development, including sexuality, and empower young people to learn about their bodies and protect their health and rights. Uyatemes.kz is the first grassroots initiative in Kazakhstan to provide young people hard facts about sexual and reproductive health, their rights, and non-judgmental advice on relationships and related subjects.

My initial motivation had been the findings of a study my colleague Sergey Marinin and I did in 2017 to understand why so many newborns were being abandoned in the streets, tossed in dumpsters and outhouses. Even though teenage pregnancy rates had fallen in the previous five to 10 years, the topic was exploding in media. We looked at policies, facilitated discussions with university students and interviewed healthcare and development experts. We found that young people had almost no awareness about safe sex, sexually transmitted infections (STIs) or even the basics about puberty.

Instead, many described a deep feeling of shame when confronted with these topics, and feared asking for help or seeking reliable information. Indeed, in the whole of my education in Kazakhstan – 11 years of school and five years at university – I had never had a single lesson or lecture about sexual and reproductive health. The Education Ministry and educators do not consider this part of their responsibility.

Research shows that unbiased sex ed significantly decreases the risks for young people. To be specific, a survey by the American Journal of Preventative Medicine found that adolescents who participate in comprehensive sexuality education programs demonstrate “approximate decreases of 12 percent in sexual activity; 14 percent in number of sex partners; 25 percent in unprotected sexual activity; 31 percent in prevalence of STIs; and an approximate increase of 13 percent in use of protection.” They also have 11 percent fewer unplanned pregnancies.

These findings hold true in Kazakhstan, as well. In 2014, the United Nations Population Fund (UNFPA) launched a pilot SRHR course in Kazakh technical schools and determined that young people exposed to such information tend to postpone sexual activity by a year and to make more informed and responsible decisions.

The long-term benefits of comprehensive sexuality education, when it is done right, are hard to overestimate. This is especially important for girls who are disproportionately blamed and shamed for unintended pregnancies, which often lead to early marriage, interrupted or uncompleted education, and, consequently, being trapped in cycles of domestic violence and poverty. Along with education there should be appropriate infrastructure, including youth-friendly clinics and affordable contraception. While there is a wide network of youth health clinics in Kazakhstan, contraception remains unaffordable, with the UNFPA reporting that the country lacks any “subsidies or insurance benefits for contraceptives.”

We started Uyatemes.kz in 2018 as a website for young people and parents where both can find reliable information and tips on how to discuss sensitive issues. Anyone can confidentially ask questions of a psychologist or a reproductive health expert. Later I started giving talks on the importance of sex education at youth events, conducting online and in-person workshops for young people. We organized a series of trainings for parents on how to talk about puberty and SRHR with their children. Our own research on attitudes revealed regional differences that allow us to tailor our training, and also found that parents and teenagers overwhelmingly want SRHR to be part of the school curriculum.

Last December, in partnership with UNESCO, we launched a Telegram-based chatbot called Aspan. Through this tool, thousands of young people (mainly from Kazakhstan) have been able to find verified information on sexuality, health, family, relationships, mental well-being, and available resources – all anonymously and confidentially in both Kazakh and Russian. Our small but brilliant team continues to work on new ideas for raising awareness about SRHR among young people.

But there is one straightforward thing that we know would do more than any other to keep young people safe from intimate or online abuse, and empower them to make their own decisions about their bodies – introduce sex ed in Kazakhstan’s school curriculum.