Food prices have jumped this year and there are few jobs, but out-of-work migrants can’t get to where they are desperately needed. 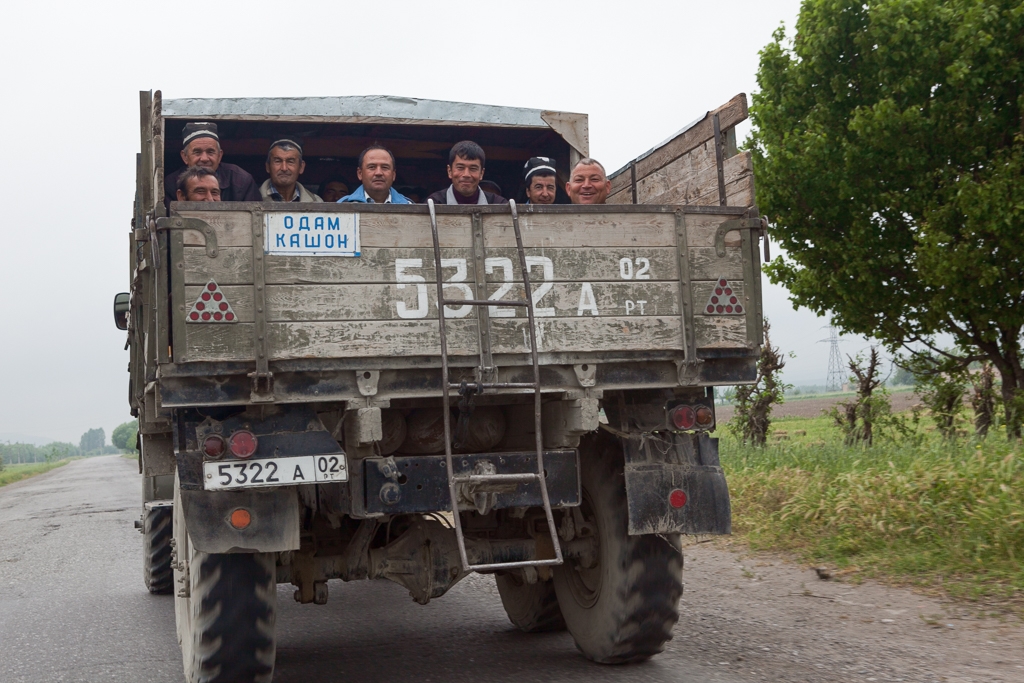 The need to get to Russia for work drives some in Tajikistan to desperate measures.

Same Khojayev, a young man from the southern town of Khovaling, came up with a convoluted way to circumvent travel restrictions imposed over the COVID-19 outbreak. He conned his way into acquiring a ticket for a charter flight from Dushanbe to Minsk intended for people studying in Belarus and Ukraine.

He then snuck illegally across the border to the east, which is currently forbidden for Tajik nationals.

His father, 62-year-old Akram Khojayev, told Eurasianet that the whole voyage cost about $1,000 – a sum that takes the average Tajik laborer months to recoup.

“If my son is detained, he will be put in prison for at least five years for illegally crossing the border. But remaining in Tajikistan means hunger for the whole family. Over there, he will work on a construction site in a village. There will be fewer checks. That’s what we’re hoping,” Khojayev said.

The shutters came down in spring, just when the bulk of Tajik laborers typically set off for short-term work stints in Russia.

The stakes could not be higher. Unemployment is rife in Tajikistan, and such work as can be found is poorly paid. The figures illustrating the country’s dependance on remittances from Russia are now well-rehearsed and familiar.

In 2019, those payments amounted to around $2.5 billion, equivalent to around 33 percent of gross domestic product. But according to Russia’s banking regulator, remittances in the first half of this year plummeted by almost 40 percent year-on-year.

Travel between Russia and Tajikistan has not ceased entirely, but the limitations are so stringent as to rule out the routine patterns of short-term labor migration. Charter flights are the only way to get from one country to the other.

There are almost 150 charter flights planned for December alone. There is a catch, though. Only people with Russian citizenship or a valid residence permit can fly to Russia. That is fine for those Tajiks who managed at some stage to secure dual citizenship or residency, but that accounts for a small proportion of those who normally make the trip.

The Labor and Social Protection Ministry estimates that the flow of migrants to Russia is down by 57 percent in 2020.

Anybody unwilling to risk taking a detour has to fall back on what the local labor market can offer. A common destination are what are known as mardikorbozor, which literally translates as “worker markets.” Men – it is almost always men – huddle in groups by the side of the road and wait for potential employers to turn up with offers of a day’s casual employment.

“I had to go to the mardikorbozor to at least get some kind of income. There is no work to be found anywhere else,” said Anvar, who declined to provide his surname.

Jobs offered at the mardikorbozor usually consists of things like plumbing, construction or toil in the fields. A Eurasianet correspondent was told at one mardikorbozor mustering spot near Dushanbe’s now-demolished Green Bazaar that if 70 people were once usually to be found waiting around for a job, that number has now shot up to 300.

What little earnings come in are having to be spread even thinner these days. Although prices for many staple goods were kept artificially low for a while, that changed after the October 11 president election, when Emomali Rahmon was returned for another seven-year term and the political imperative for tamping down discontent had faded.

Since then, the cost of living has spiked. Prices for sugar, eggs, vegetable and cotton oil, flour and meat have all risen at least one-quarter since early October.

In a cruel irony, there are indications that Russia, meanwhile, is suffering from a dearth of cheap labor.

Karimjon Yorov, who works with Moscow-based Tong Jahoni rights group, said that salaries for Tajik laborers who have been stranded in Russia have actually increased by between 30 and 100 percent since the pandemic struck.

“On average, migrants got 30,000 rubles ($400). Now, their work is paid no less than 40,000 rubles [per month]. At construction sites, salaries have climbed up to 100,000 rubles,” Yorov said. “The majority of migrants have jobs and can even choose where to go. Before, it was the other way around – they would take any job going.”

As a recent paper authored by two Moscow-based scholars, Abubakr Rakhmonov and Roman Manshin, has shown, the Russian coffers also make a tidy income from the fees that foreign nationals pay for labor patents, as work permits are known.

Moscow Mayor Sergei Sobyanin was even pressed to note in 2016 that the city’s budget had earned more from the sale of work permits than from oil companies based there.

And all that doesn’t account for the money that expatriate workers leave in Russia through spending on accommodation, transportation, food and other services.

But Yorov cautioned that none of this should be read as advice for Tajiks to make a potentially fraught trip to Russia. After all, anybody who falls ill there, he said, should not expect to receive medical support.

“Just think, there can be up to 100 people working on one building site. If one person falls sick, then all the builders will fall sick,” he said. “And when the pandemic began, we saw ourselves how ambulances failed to react when migrants called them.”