The culture of secrecy carries its own cost in trauma. 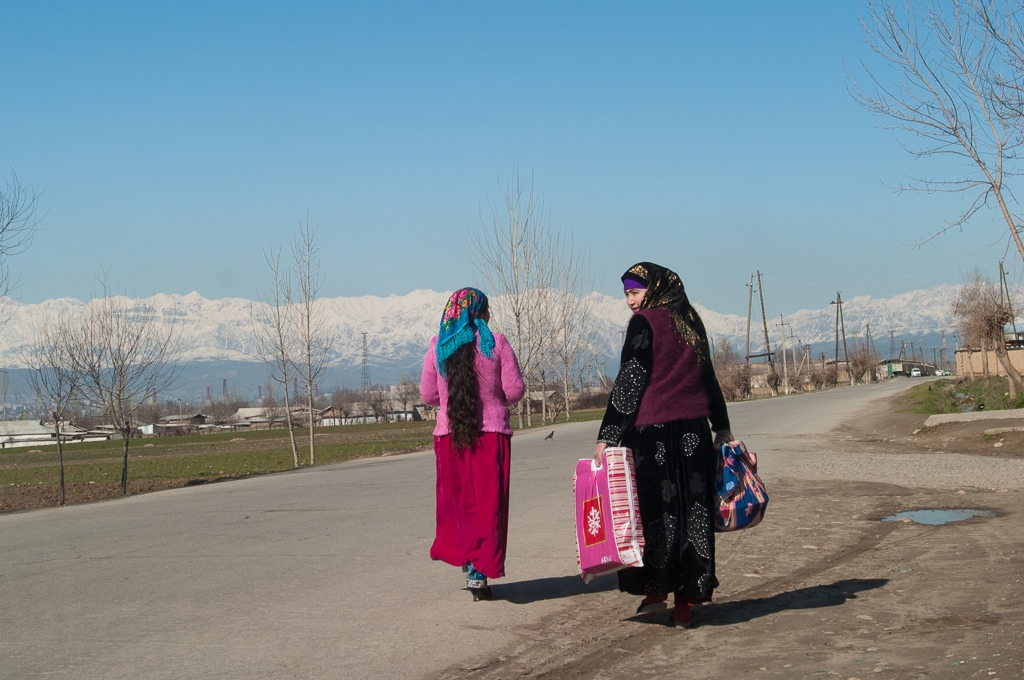 When Suraya returned home after an extended absence, her change of appearance was immediately noticeable.

For eight months, the 13-year-old had been staying at her grandmother’s home, nursing her through a period of illness.

“My mother-in-law insisted on doing an ultrasound,” Suraya’s mother told Eurasianet. “The results showed that she was pregnant and was due to give birth within one week.”

The young girl had been raped. She did not understand that her growing belly was the result of her ordeal, her mother said.

The victims whose stories are told in this article have had their names changed to preserve their anonymity.

Child sexual abuse is a festering problem in Tajikistan.

Cultural norms contributing to secrecy about alleged assaults, however, make it difficult to understand the scale of the crisis. Anybody who has reported a case has usually done so in the face of overwhelming peer pressure.

Rahmanova said that while these are the largest figures she has seen for years, they do not adequately describe the scale of the phenomenon.

Suraya told her family she was raped by a 42-year-old cousin. After violating Suraya, the man threatened her with a knife and said he would not hesitate to kill her should she tell anybody, the young girl told her mother.

This is a common scenario, Rahmanova said.

“I think that the rape of children by relatives has always happened. And these 16 cases are just a drop in the ocean. We have just always had a passive attitude about this,” she said.

Suraya was 12 when she was raped in 2019. When her family learned of the incident, their initial inclination was to approach the assailant’s family and demand that he marry Suraya.

Such nuptials would not have been recorded by the state, because of Suraya’s age, but the purpose of such ceremonies is to avoid the perceived social disgrace of a young girl having a child out of wedlock.

Initially, the man confessed his guilt, although he refused to marry Suraya, her family says.

“The man rejected her and refused to acknowledge the child,” Suraya’s mother told Eurasianet. “We had to go to the police and [the family] cut off all ties. Our relatives thought the whole matter should have been resolved within the family, and that we should not have gone to the media and law enforcement. And we did want to sort it out in the family, but it didn’t work out.”

Once the attacker was taken to court to face charges, however, he declined to testify. His family lined up to speak in his defense. It was all in vain anyway since the man would eventually be freed as a result of a mass prisoner amnesty.

Suraya now relies on the help of charitable organizations to bring up her baby.

The taboos about sexual abuse are very slowly being eroded in Tajikistan. The inclination remains, however, for victims to keep their experiences secret. And that goes even more so when those victims are children.

Rahmanova says that when victims of violence do come forward, they often turn to the media to ensure that their attacker gets properly punished. This is a positive trend, she said.

“[Others] see that they are not alone. That little girls and boys like them have become victims of violence. When they see others [speak out], they too decide to speak,” Rahmanova said.

There is no underestimating the courage and resolve going to the authorities requires.

When Shahnoza, the mother of 12-year-old Khabibullo, went to the police to report that her son had been raped three times by an 18-year-old cousin, her husband divorced her.

Shahnoza felt she had no choice.

“He was weeping from the pain he felt in his pelvis,” she told Eurasianet. “When I asked him what had happened, he refused to say out of fear. Then he finally admitted his [cousin] had done this to him.”

When Shahnoza told her husband of her intention to go to the police, he objected.

“He told me that we should not go to law enforcement authorities. That this would ruin our family relations,” she said.

Shahnoza’s husband has since remarried. She lives with her three children at her parents’ home. The rapist was sentenced to 160 hours of correctional labor.

A government official quizzed in February about whether the authorities intend to adopt more severe punishments for people found guilty of molesting children said various proposals were under consideration, but lawmakers have yet to advance any specific legislation.

Rahmanova said that it is the fathers who are most often resistant to bring cases of sexual violence to light.

“They are afraid of public judgement. That in future nobody will want to marry their daughters, that their sons will be shamed. That such children will find it difficult to have full lives, to find work and so on,” she said.

The culture of secrecy carries its own deep cost in trauma, however. Rahmanova says that the answer is to work toward changing mindsets.

“Until we change people’s mentality, we will not be able to show how everybody is entitled to justice, we will not be able to explain to people that it is not the victim of violence that should be judged. And so people will continue to cover up such incidents,” Rahmanova said. “But our society is not yet ready for this conversation.”