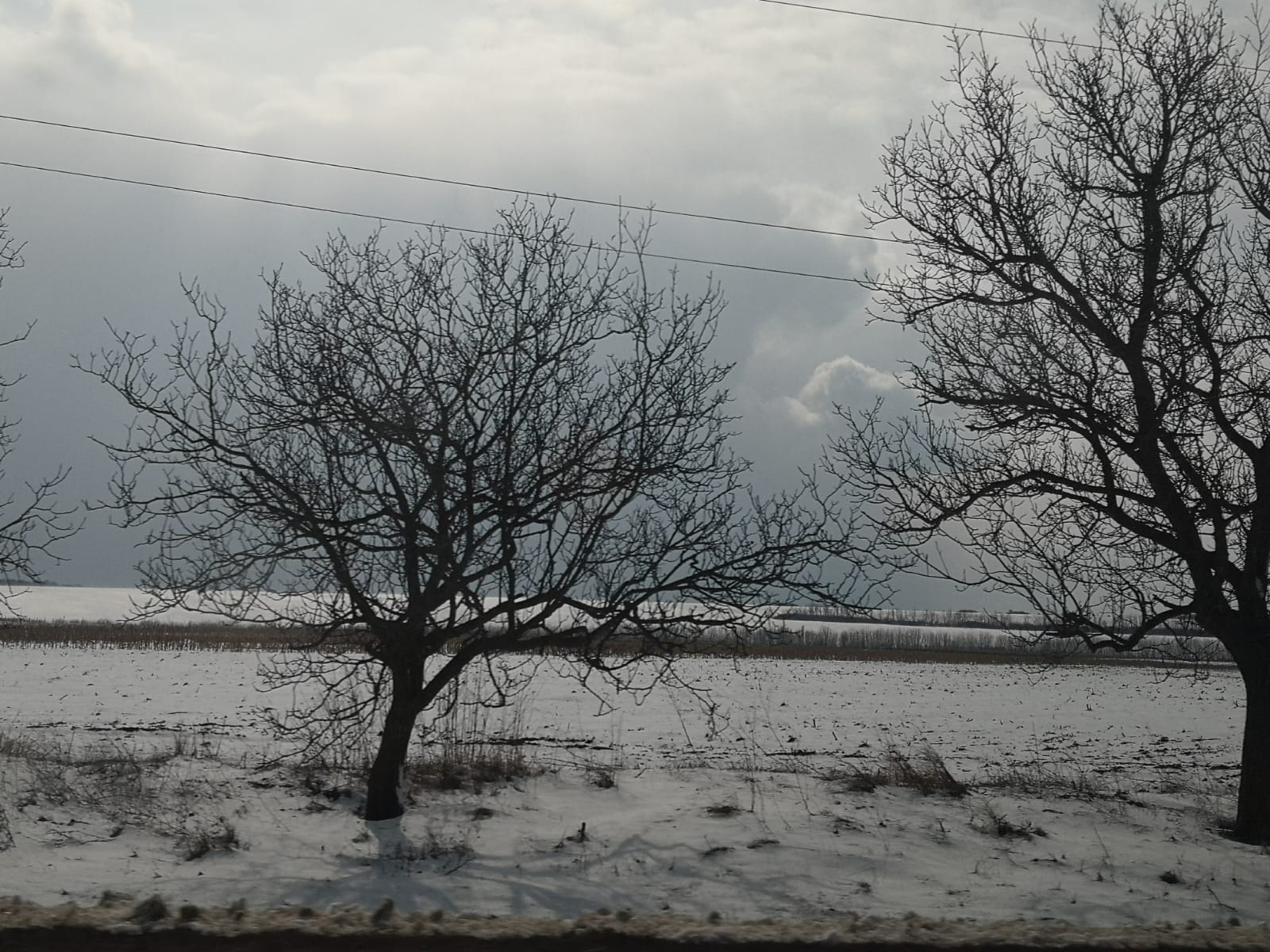 Day One – Iaşi to Chişinău

We decided to come to Moldova for a variety of reasons, some of them slightly selfish (because we found it impossible to sit in comfort in the UK and engage with everyday life) some of them less so (because we both speak Russian, have worked here for years and felt that we could support the relief effort).  We wanted to see and understand what was going on, from the border points with Ukraine into the centre of Moldova and out into Europe; we wanted to understand where/how refugees were travelling/living, and whether their various needs were being adequately met by local civil society, the Moldovan government and the loads of supplies coming in from Europe.

The journey wasn’t straightforward, since airspace above Moldova has been closed, so we flew from Luton to Iaşi in northern Romania, arriving in the early hours of the morning, as flurries of snow blew into our faces.  Next, we drove across the border (quite straightforward on the way into Moldova with just a couple of checks; but there were at least 60 cars waiting on the other side to get out to Romania) and stopped to visit friends in Ungheni who have four of their own children plus a Ukrainian family staying with them, until it was safe to move on.  Teenager Vika’s mother had just given birth to a very sick little boy when war broke out.  This poor family had already fled from Donetsk in 2014 and settled in Odesa, only 8 years later having to do the same again, through Moldova to stay with Sam and Leo (friends of a friend).  When we arrived, mother and baby were in the hospital and we spent time with Vika.  Her hands were clammy and she talked without pausing for breath about their journey to safety, warmth and friendship; but of course their men are left behind in Ukraine.

The experiences of our hosts provided a kaleidescope of impressions, to which we added over the next few days.

We had decided to stay in the City Centre Youth Hostel.   My usual stay in Chişinău is in a one bed flat with a kitchen for about 30 euros a night; but this price had shot up to 1600 euros for the week and availability was limited.  Since we didn’t know how long we were going to stay, we opted for a 3-person bunk bed room, with the option to bring in someone who was without a bed for the night. This proved both a very moving and an appropriate choice.  Apart from a Chinese man doing press ups all night in the corridor (he had been working and learning Russian in Odesa when war broke out and did not wish to return to China), we are surrounded by Ukrainian young women, some with small children racing up and down the corridor, and several older women.  The television is on in the corner playing non-stop cartoons; but there is a sadness and quietness in the normally buzzing kitchen area.  Girls drink sweet tea and scroll through their phones endlessly.  Washing churns in the machine and the fridge is full of pickles.

On the wall, a large map of the world is being studied by a group of women, pointing out the possible routes and speculating where they might most wish to end up. Or maybe it is better to stay here in friendly, open-hearted and accommodating Moldova, where there are few language problems and it is close to home should the war end soon.