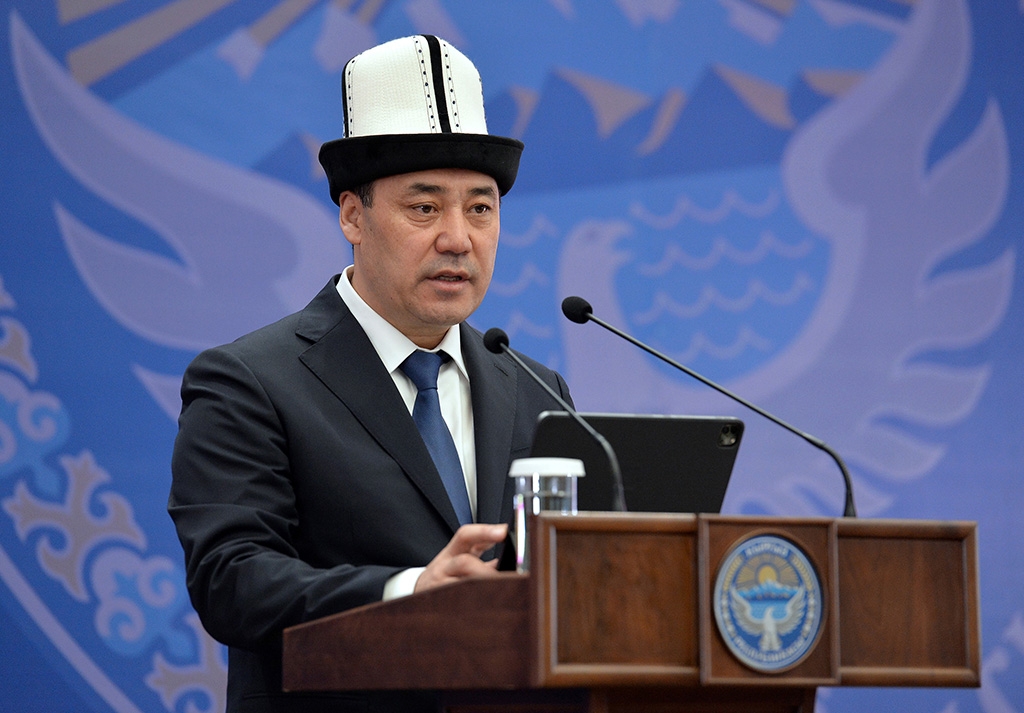 Kyrgyzstan’s populist president has quietly signed a law that hinders the work of non-governmental organizations, mirroring Russia’s latest restrictions. Civil society leaders see the new controls as a response to media investigations into high-level corruption and fear they could be used to cripple the work of independent activists.

News that Sadyr Japarov had signed the law broke on July 7, over a week after it had come into force. The law requires NGOs to file onerous financial reports and was introduced amid growing anti-Western sentiment among politicians and religious groups. Independent journalists, human rights activists, scholars and entire institutions have become targets of smear attacks accusing them of spreading “Western ideology” or “LGBT propaganda.”

As soon as word got out that the president had signed the law, pro-Japarov social media channels began spreading video clips of him justifying the law to European ambassadors who had raised concerns.

“Do you have NGOs in your country? Do they have to file financial reports to a tax office?” Japarov asked the French and Finnish ambassadors. “We, too, want to see where money comes from, and where it goes.”

“We are not taking their money, not shutting their mouths, not violating their rights. We only demand financial transparency,” he added later.

Still, Washington on July 8 urged Japarov to reconsider, saying the new rules “threaten the ability of NGOs to improve the lives of citizens and impede the vital efforts of NGOs to assist the government in its response to the COVID-19 pandemic.”

“Similar laws have been misused in other countries to target organizations critical of the government and political figures, infringing upon freedom of expression,” the State Department said in what appears to be an allusion to Russia’s notorious 2012 “foreign agent law” and a new law on tracking NGO finances passed by Russian lawmakers on June 17 and signed by Vladimir Putin on July 2.

Currently, all non-profit organizations in Kyrgyzstan must file reports to the State Fiscal Service, the Social Fund, and the National Statistics Committee. The new law, however, obliges them to submit another report detailing the sources of funding and spending, as well as any property owned or used, for publication on the tax office’s website. Failure to do so may lead to the organization being forced to close.

Civil society representatives have pointed at the discriminatory nature of the law because it excludes state-backed non-profits as well as political parties and religious organizations.

“The bill contains obvious signs of discrimination against one category of non-profit organizations,” a June 21 statement signed by 74 NGOs read, adding that they believe the sector has been targeted for exposing corruption among high-ranking state officials and for demanding the rule of law.

The draft bill first appeared in January 2020, following anti-corruption protests that had been sparked by the work of intrepid journalists at Kloop.kg who, working with the Kyrgyz service of RFE/RL and OCCRP, uncovered massive corruption at the heart of government. Kloop.kg, an independent outlet, receives support from foreign donors.

A few months later, at the height of the pandemic – when civil society was proving itself more effective than the government at distributing aid – the bill was roundly criticized and then-President Sooronbai Jeenbekov declined to sign it.

This spring the same parliament took a chance with a new, more nationalist and bolder president: Japarov. Speaking in March following demonstrations for women’s rights in Bishkek and Osh, lawmaker Baktybek Raiymkulov pushed his draft bill again, saying it would help control “NGOs supporting Western interests” and stop the spread of protests.

Bermet Talant is a Kyrgyz journalist.