The Republic of Moldova is a post-Soviet country. In the Soviet Union, nobody would have talked publicly about sex, there was no sex education in schools, most parents and children didn’t have open discussions on this topic. “The very mention of sex became objectionable, and the topic was absent not only from magazines (both for teenagers and adults), but even from the main Soviet encyclopedia. The idea was that children should be taught morality, and distracted and kept busy as much as possible. The thrust of sex education was to replace the nascent sexual interest with public work, physical education, reading, and to channel this energy in a different direction,” as it is mentioned in an article of Russia Beyond. 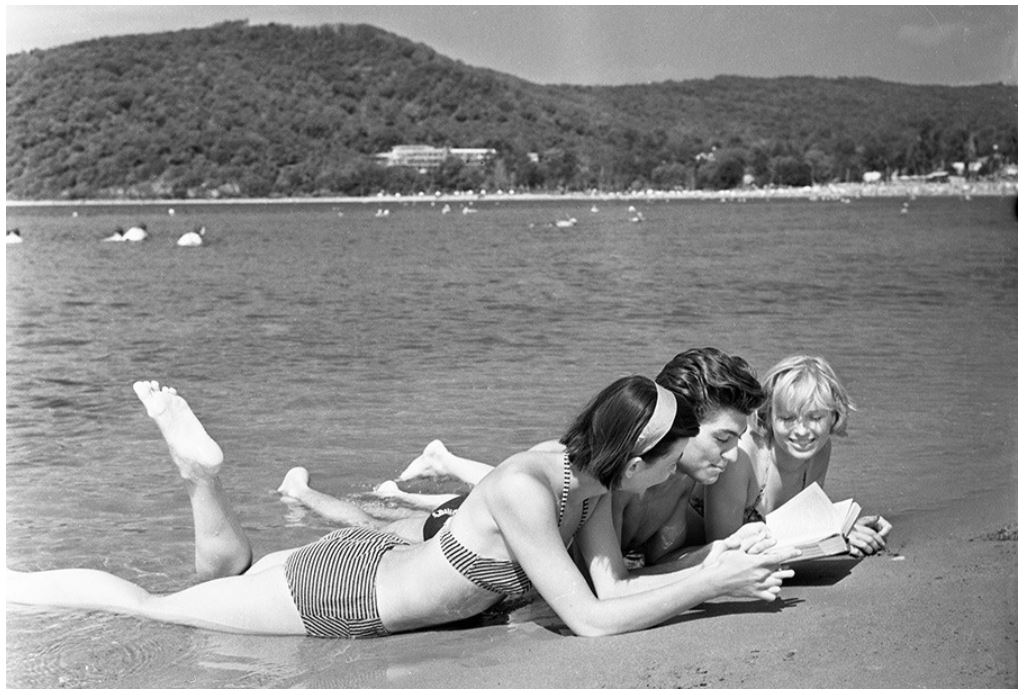 This whole situation evolved gradually into a society that can be  very discriminatory or intolerant, full of fears and prejudices, being also influenced by shamefaced traditions and religious customs. This society gave birth to people who think that talking to your child about sex would arouse his desire for sex much earlier, persons (especially women and children) who never report domestic and sexual violence, beliefs that religion and sex education can’t fit together in the school curriculum.

Still, the data regarding sexual violence, early childbirths, abortion rate , sexually transmitted infections (STIs) along with specialists’ opinions claim something else: being informed about all aspects of sex life and having a natural attitude towards sex helps to actually decrease the abuse and abortion rate, STIs, as well as early childbirth occurrence.

No sex education at home or at school

Sex education should begin at home, through discussions between parents and children of all ages, by openly answering questions and providing explanations of how things work, as specialists say.

In most cases, Moldovan parents are the ones who have the inhibition to talk about sex though, being confused about how to provide a ‘simpler’ explanation to their child. They borrow the pattern from their own parents: “you will find it out when you grow up.” Here is where most of discussions end. That is while children do not feel any shame regarding this topic (up to a certain age) and perceive things naturally.

Things get even worse at school where a warfare among groups of parents and teachers with different opinions have a fierce debate on why sex education is evil or not and why it contradicts to any of traditionalist values the Moldovan society has.

“Teenagers do not talk to their parents at home, because the latter are not correctly informed and are ashamed to discuss such topics. Neither such topics are discussed at school, so the internet becomes the main source of information,” explained Ana-Maria Odobescu, a 12th-grade student who is a sex education volunteer trainer.

In 2005, the Ministry of Education introduced a new course called “Life Skills”. The course was supposed to teach students what contraception, STIs, personal hygiene, proper nutrition, professional purposes, stress, drugs or basic human rights mean. However, the textbooks and the course weren’t included in the curriculum for too long, as the textbooks were withdrawn, and the course was cancelled. Parents and church representatives warned that protests would have been organised. “It promotes information about contraception and various perversions that mutilate children’s souls,” they said.

Truth is that the Moldovan society wasn’t prepared for such a radical change in the common mentality. It seems that even now it is not prepared yet. Nowadays, the most of Ministry’s work is done by NGOs or by some teachers who deliver training related to sex education in an informal manner. NGOs have implemented all sorts of projects and campaigns. However, they are occasional and cannot be delivered to every adolescent.

Such an organisation is  Y-PEER Network of Peer Educators from Moldova. Their purpose is to develop useful knowledge, attitudes and skills among young people, in order for them to be able to protect their own health by being responsible. Today, there are over 100 trainers who deliver the course Sexual and Reproductive Health Education.

Talking about sex is a shame

Eugenia Smochina is a teacher of Romanian language and literature in Orhei who teaches students not only about poems and essays, but also about condoms, syphilis, intrauterine device birth control, abortion, STIs, etc. She is an example of teachers who change the youth mindset.

While teaching this course, she used to remember her own adolescence when no one prepared her for menstruation. “When I was a little girl, I never discussed with my mother on such topics. They were considered taboo in our society. I didn’t know what to do, what to use and from where to take it. I used a handkerchief, as a menstrual pad. I was ashamed to talk to my mother,” confessed Eugenia. After her first kiss at 17, due to the lack of sex education, Eugenia thought she had lost her virginity.

The teacher always makes sure that students can find menstrual pads and a box of condoms in the classroom locker. 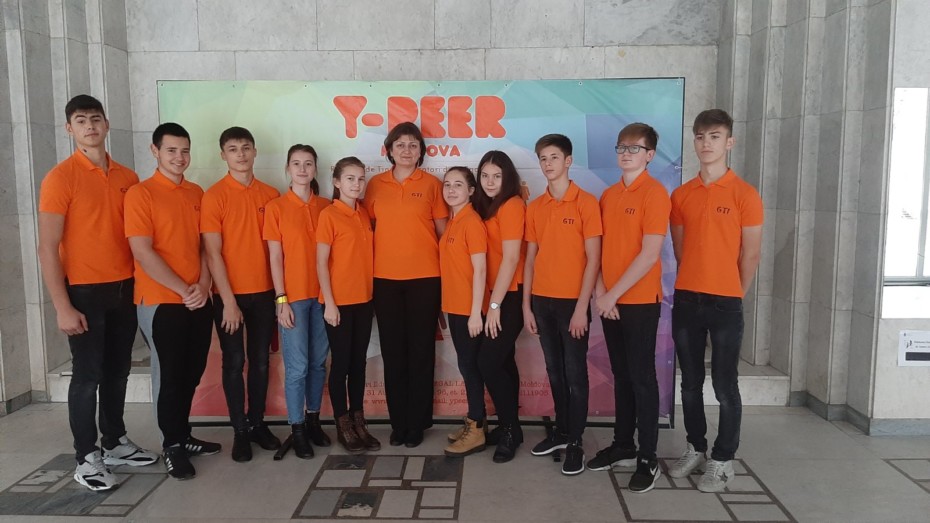 Eugenia Smochina and her students at a contest organized by Y-PEER| Source: Moldova.org

“Not so long ago, young women got married at the age of 16 and then they had to learn on their own. It was not healthy, but according to customs. Now, young women are different, but curiosity or other factors make them start their sexual life too early. Therefore, our mission is to inform them, so that they are more responsible and know how to protect themselves from unwanted pregnancies or sexually transmitted diseases,”declared Nelea Ursu, a school nurse from Cotiujeni village, Briceni district.

Briceni district is where the largest reduction in cases of early childbirths was recorded during the last years.

After 10 years of efforts of about 100 Y-PEER trainers, the Ministry of Education has introduced the optional course called “Health Education”. It includes 7-9 modules for the holistic development of young people, including mental and reproductive health, violence prevention, healthy eating and others.

The lack of sex education has consequences

In the meantime, there were 2196 girls aged under 19 who gave birth to children and 167boys who became fathers in Moldova in 2018. Also, there were 645 abortions registered in 2018. These numbers significantly decreased as compared to 1998.

Although, it is twice as high as in other European countries. Experts say that it is the parents, society, the education system and migration that are to blame. According to national statistics, over 330 000 adolescents live in Moldova (12% of the population). Every third grows up without one or both parents. Most girls who become pregnant before they turn 19 come from dysfunctional families, from environments where there is verbal, physical or moral abuse, where one of the parents is physically or emotionally absent or where there is not much communication.

The situation is not very different when it comes to sexually transmitted infections. According to a report of several NGOs and institutions of the Republic of Moldova, 11.9% of the total infections with HIV were young people aged 15 to 24 years in 2017. Overall, 81.09% of all new cases from 2017 were cases of infection through sexual contact.

See also: Violence against women in Moldova. Facts and figures

Domestic and sexual violence, high abortion rate, early childbirths, STIs, homophobia are just some problems of the Moldovan society that still persist due to patriarchal and traditionalist views, fear, lack of sex education, prejudices and stereotypes people have. Things can change for better, but only with open minds and a bit of courage.