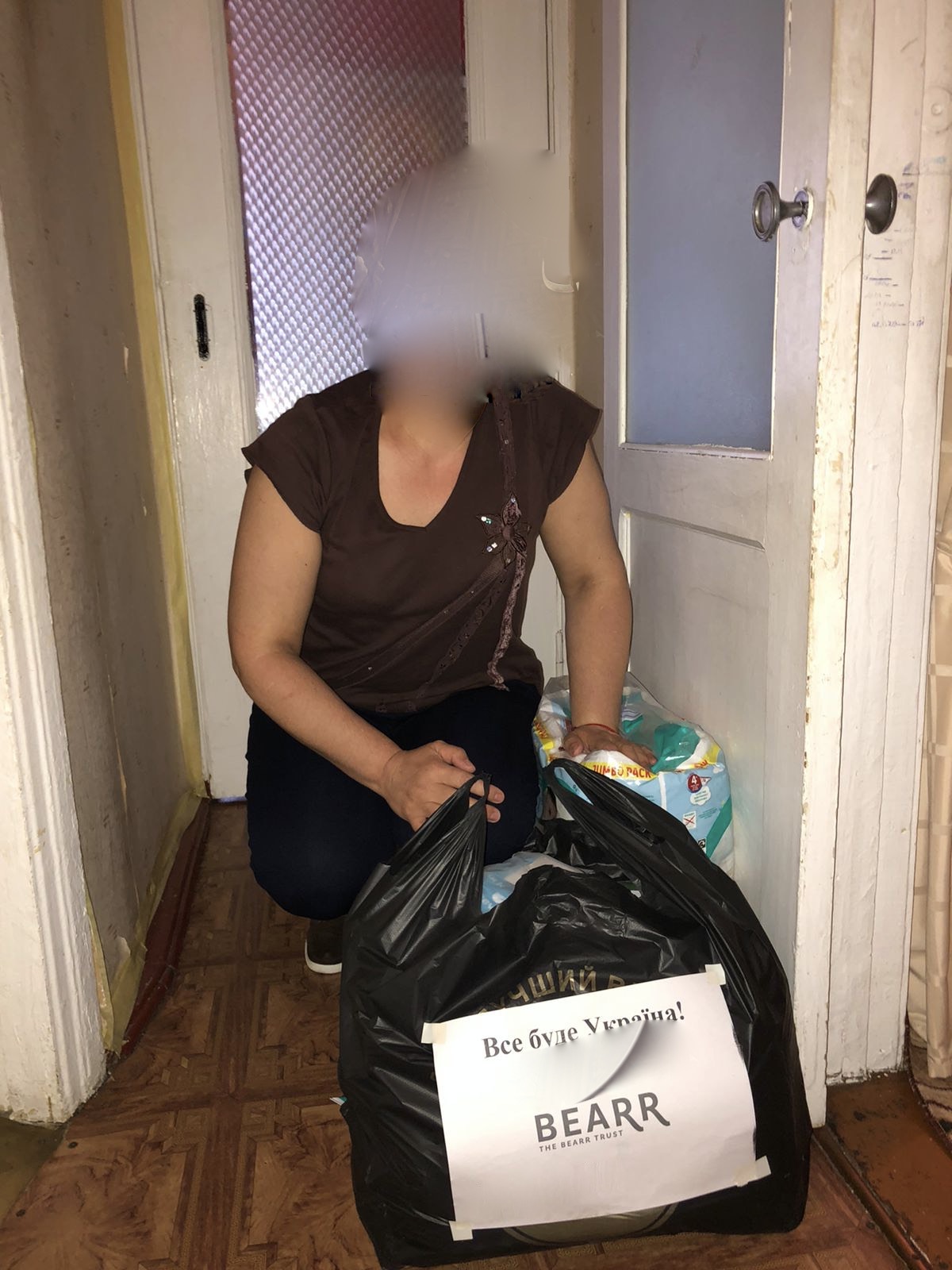 Partners of the BEARR Trust continue to use funds donated to our appeal to help people in Ukraine and Moldova suffering as a result of the war. Nearly 5 million people have fled from Ukraine and about 7 million are internally displaced (UN figures). Many have experienced injury, trauma, loss of loved ones and have witnessed terrible scenes. Our partners are helping them as best they can.

This is what they have told us recently (we do not reveal their names or locations):

“In region X we bought medicine, food,  hygiene  products  and  formed humanitarian kits, that our volunteers delivered to villages of the region. Priority was given to villages where  public  transport  temporarily  isn’t working,  where  is  no  food supply  and  people  are  left  stuck in their  houses. Products were given to old people, especially those who are alone or lost their sons/husbands during the war. In general, approximately 70 families received help In region Y, and approximately 190 kg of meat products were given to the hospital by us. The  hospital  is currently crowded with military and civilians, who were wounded during the bombing. All  funds  available  in  the  hospital  are  used  on  medicine  and  it’s  still  not enough,  so  the  question  of  feeding  the  patients  is  highly  important  and  critical  for  the hospital. In another region, food, medicine, hygiene products were bought, especially nappies and  baby  products  for  women  with  children,  who  were  forcibly  displaced from the nearest regions, especially from Mariupol.

In  one city,  we  have  given  100  blankets  to  the  city  centre  for  the  social  protection  of vulnerable civilians. Blankets will be divided among bomb shelters in the city. In  the  one  region  funds  were  used  on  food,  that  was  given  to the IDP centre, where  women  volunteers  prepare  meals  for  those who are being evacuated with help of humanitarian corridors. Also, we bought shoes for children-migrants and medicine.”

The same partner said “Thousands of women have lost their sons and husbands during the months of the war. We are planning to renew work of  the  network  mutual  assistance  group and  expand  it. It will help to cover the maximum number of women, who are affected by the war, and give them priority psychological support on “peer to peer” basis. It also will facilitate women`s adaptation and improvement of their psychological state.

“Our team now provides local care for refugees in (a city in eastern Ukraine). As we have hot spots nearby (Kharkiv and Donbas), we have a huge wave of refugees here and most of them have no place to go back to.

Our refugees care project includes: free hostel (a place where we can host arrivals for up to 5 days); donation point (a place where local people can bring goods to share with refugees); integration or distribution office (a place where refugees can receive help in finding a place for a longer period, a job, psychological support, a project driven in partnership with the city administration). These activities are already organised well and supported by volunteers or hired staff. Now we are organizing a long term place to live for around 100 persons and a kitchen to feed up to 100 persons every day.”

“Two young girls arrived bringing with them eleven children and turned to us for help! They had fled from the war from the Donetsk region! They arrived in our city with nothing, and no money … We bought food and nappies for them! Volunteers of our foundation were able to find free housing for them in our city. Now a lot of people are bringing children’s clothes to our humanitarian headquarters – so we were able to dress the kids too!”

And from some of the hardest hit regions: